Reflections on Being a Black Leader in 2020

Do you know what lights me up more than anything? What allows me to stand tall?

When I see people ready to do the WORK.

Ready to stop looking the other way and start looking INWARD.

Ready to turn from fear and embrace COURAGE.

And that’s what I saw when more than 300 members of The Junior League showed up for a special #BeTheLight seminar about what it’s like being a Black leader in that organization.

You’ve heard me say before that change happens when we listen, learn and express empathy. 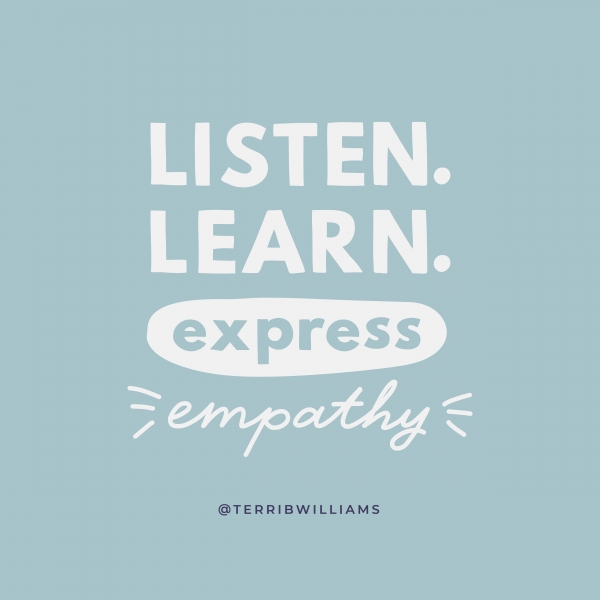 A lot of times that very first step is super scary, but when you put it in a framework and you just begin, it takes that pressure off.

That’s what I saw at the seminar: People who do want change. And who are willing to do what it takes to create it.

My Story: A Microaggression and Its Fallout

We had so many great questions during the seminar that we ran 30 minutes over. And the attendees still wanted more. So we’ll definitely be doing this again. I’m already excited, because I also had some realizations about myself during this event.

Those realizations came from telling a difficult story from my Junior League experiences.

The story takes place when I was Membership VP of the Junior League of Austin. Now, my goal in this position was to be member-centric. I thought that we often lost members because they didn’t feel important. I wanted them to feel special, even in our large chapter of 2,500 — and even if that meant bending the rules a little to help with retention.

At the same time I was on the board, its other members included three former Membership VPs. They thought I should do my job more like they did when they had my role — specifically, that I should focus more on the bylaws.

Those tensions came to a head during our last board meeting of the year. It was a long one, with lots of membership motions.

One of those former membership VPs did not think I was reading those motions the way they should be read. So she blew up at me. In front of the entire board.

No one took up for me. No one stopped her. She just kept yelling.

I acted unbothered. And I think that ticked her off even more.

After that meeting, the board went to dinner. I did not go with them. Being that it was the last week of the legislative session, work gave me an easy out. Furthermore, I just didn’t want to be around them after what had happened.

The next day, I called every member of the board and apologized that our meeting did not go well. But the microaggression I experienced also helped me see that I needed to make a change. At the time I was the only Black board member. And I was one of the youngest at the table, if not the youngest.

I realized that there was a larger movement in Junior League and decided that I wanted to be a part of AJLI. So I shifted my focus there.

About a year ago, current Austin League President Lyndsey Crawford asked me why I had she hadn’t seen me around. And, again, the easy answer was that I had moved on to another leadership role in the organization. Lyndsey said that she missed having me around — that I was someone that she looked up to and who added value at the table.

The memory of conversation came back to me recently. In the wake of George Floyd’s murder and the powerful movement that followed, I’ve been talking a lot about bringing light to people in need. And it hadn’t occurred to me until now that perhaps I was bringing light to that board by being the person who was member-driven.

Looking back, here’s what I would have differently.

1. I would have told the other woman to stop yelling at me. Even though no one else was standing up for me, I could have let her know that her behavior wasn’t appropriate. I wasn’t talking to her that way.
2. I would have gone to that dinner. By not going, I gave her a reprieve from dealing with her actions. And the dinner might have been a chance for her to apologize.
3. I would have kept showing up. I knew that I was a leader and that I added value. And I knew that what happened to me was wrong. But instead of risking that another White woman would yell at me, I just chose not to go back.

A microaggression stopped me from bringing my light. I hope you can draw some strength from my experience the next time something threatens to dim your own light.

Tell Me Your Stories

If you have a story of a microaggression like this one, from the Junior League or any other organization, please email me. You don’t have to share names, of course. Remember, change comes when we can listen to, learn from and empathize with others’ real-life experiences. Your story could become part of our next seminar. (Stay tuned for scheduling information!)

And don’t forget these tremendous resources that The University of Pennsylvania pulled together that can help YOU.

You can also support this movement by picking up a #BeTheLight T-shirt. All proceeds from this special edition T-shirt will benefit the Movement Maker Fund at I Live Here, I Give Here. ILHIGH is an Austin-based nonprofit whose mission is to encourage a new generation of philanthropists. The Movement Maker Fund will award a scholarship to one diverse graduate of the Board Internship Program. The scholarship will be directed to serve as the participant’s first board gift. Oftentimes volunteers of color do not have the financial resources to make a board contribution. So we hope to close that gap, gift by gift.

Thank you, as always, for your willingness to listen, learn and empathize. I’m so grateful to be on this journey with you, and I’m so looking forward to the next time we can spread some light together.