The Power of Words

The Power of Words

Over the past three years, I’ve turned to the Movement Maker platform to not only talk about how leaders can turn moments into movements, but also to share how sometimes the greatest movement is within yourself. I call it the movement within.

In the six weeks since George Floyd’s murder, I’ve shared my perspective on situations tied to race to help amplify the national conversation around racial justice and equity. Sometimes I’ve told my own story, and other times, I’ve shared the stories of people I know (with their consent, of course).

It has been helpful to process my feelings through writing because, at times, they have been shoved unresolved in the back of my mind.

Recently, I was reminded again of the power of words by a note that arrived in my mailbox last week.

3 Words That Changed Everything

Just weeks ago, I held a #BeTheLight: LIVE! Seminar. They’ve become a way for #firestarters and #movementmakers to feel community through Covid-19 or to begin to understand the racial unrest around the world. One place I’ve been negatively impacted by my identity as a Black woman is within an organization where I poured my time, talent and treasure: The Junior League. Despite experiences with bias and racism, I’ve remained a committed member of the League and have shared my negative experiences as a way to educate and keep them from happening to others.

During a recent #BeTheLight seminar I told the story of when I became Membership Vice President of a body of more than 2,500 women and decided to lead differently. Membership VPs before me chose to be bylaws driven and focused on the governing rules. I wanted to be member-centric or meet our members where they were in life in order to deepen engagement. At my very last board meeting as Membership VP things came to a head. A former membership VP did not like the way I laid out motions, my rationale for allowing members to serve and more. Many leaders would have expressed their dissent through constructive debate, but this member chose to share her feelings by yelling at me for a very.long.time.

In a #FridayFuel, a newsletter where I share inspiration for other leaders, I told this story in greater detail. I truly felt that if I were not a Black woman, this woman would not have behaved this way toward me. I’d never seen anyone else yelled at before. I never did return to the board table. Instead, weeks later, I was selected for a higher level of service. But I have never gotten over how not a single person at the board table stood up for me or apologized to me.

Late one July night, I opened a letter from someone who was at that table that night and remains in leadership today. Her letter had three words that I never expected to hear, “I am sorry.” I began to bawl. It was a deep, ugly cry. I couldn’t finish the note. Gone were years of pain, years of feeling like I did something wrong and years of trying to understand why no one had intervened.

What Can You Do With Your Words? 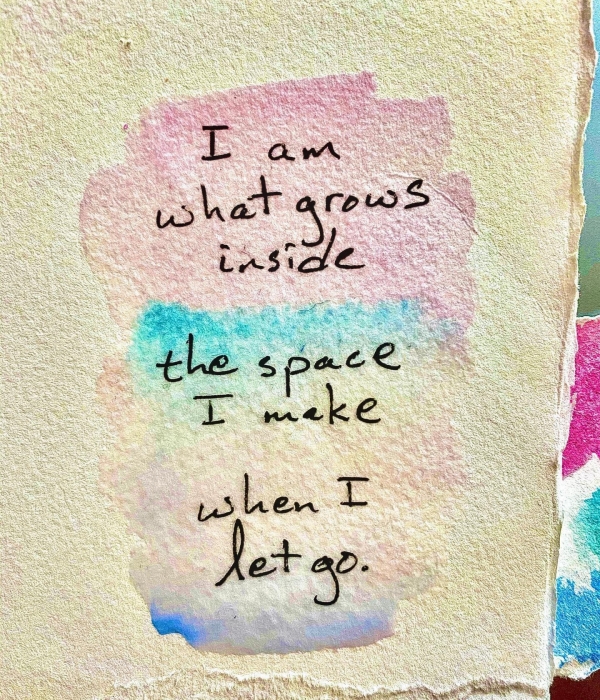 Poetry and art by: @ScottAndrewJames

It took some time to process the moment. I couldn’t help but wonder whether I would have remained more engaged as a member had I received that apology back in 2015? Would I have shown up as my full self? Was it easier to ascend to a higher role than it was to return and say that what had happened hurt me?

I moved on from this experience and have grown from it. I now understand that the moment was intended to intimidate me and make me feel small. I also know it actually turned me into a better person and leader. And, quite frankly, it’s given me this opportunity to transcend race, leadership style or gender. It is a reminder that I should focus on being myself. It has also given me an opportunity to reflect on how I could have been a different leader, or whether I have unwittingly transferred the pain of that moment to others.

I don’t share this experience for sympathy. My intention is to allow at least one person to see how they can help heal themselves and others during this journey. And the best way I know how to do that is to express my own pain, as well as hope.

While so many things are unknown, one thing is certain today: This apology empowered me in more ways than I can count. As I read the rest, I felt a sense of calmness and hope. While this time might feel heavy for you or others you know, it’s not forever. There are more good humans, like the one who wrote me, committed to a better way.

Leaders turn moments into movements. And the power of words on that note card has ignited an even greater movement within me. I now challenge you to think of how a graceful apology might have great impact on someone. Don’t be shy about calling or writing someone to admit that your point of view has changed or to use those three words. It’s likely to also stir a movement inside of YOU.