Martha’s Vineyard, a Detour and Renewal

Home/Life Lessons & Inspiration/Perspective/Martha’s Vineyard, a Detour and Renewal
Previous Next

Martha’s Vineyard, a Detour and Renewal

Sometimes a Me-Set comes right when you need it most

In August, I went to Martha’s Vineyard for the first time ever. That month is a special time on the island for Black Americans. There’s the Martha’s Vineyard African-American Film Festival, as well other events from fireworks to art shows. It’s a month that draws Black leaders in business, the community, nonprofits and politics to a place that’s long been “a safe and welcoming community for African Americans,” Nancy Gardella, executive director of Martha’s Vineyard Chamber of Commerce, told Vox. 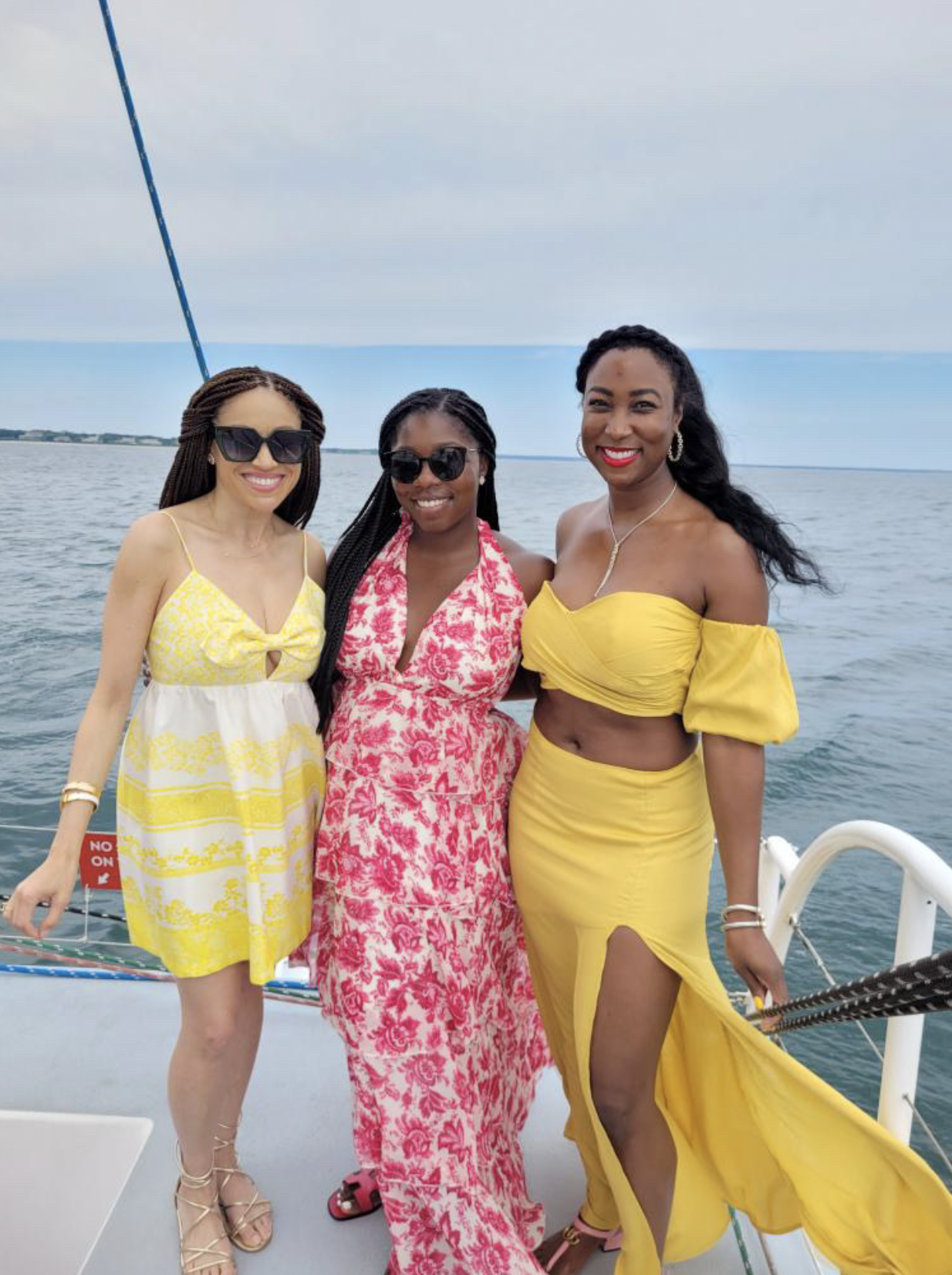 During my trip, I attended Caros, a systemic policy issue-based conference started by former New York Assembly member (and inspirational leader) Michael Blake, as well as some fundraisers and other events. I also ran into a couple of folks whose names you’ll recognize if you’ve read my book “Find Your Fire”: #Firestarters Kishshana Palmer and Tatiana Torres. And I caught up with other people who make my heart smile, like Chef Grace Ramirez, who was part of the Israel trip I went on in March. I shared a house with two women who mean a lot to me, and we had some serious talks about life.

Another dear friend, Ashley,  introduced me to her mentor, Marva Street, and Maria-Lana Queen. Maria is an artist, and her show “Oh Say Can You See Me” at Knowhere Gallery was absolutely stunning. Through vibrant, abstract paintings, Maria tells the story of her life. Many of her works feature a Black girl with a red ribbon in her hair and Black boy with a red tie. Sometimes they have a fence over their eyes or their mouth, and that’s because sometimes people can’t see or hear us. But the fences are never complete. That’s because Maria wants to show that we can persevere and survive. Like me, Maria grew up Catholic. And so at times, she has peace in her art that is a reflection of her spirituality. One of her paintings, “Renewed #2, especially spoke to me. 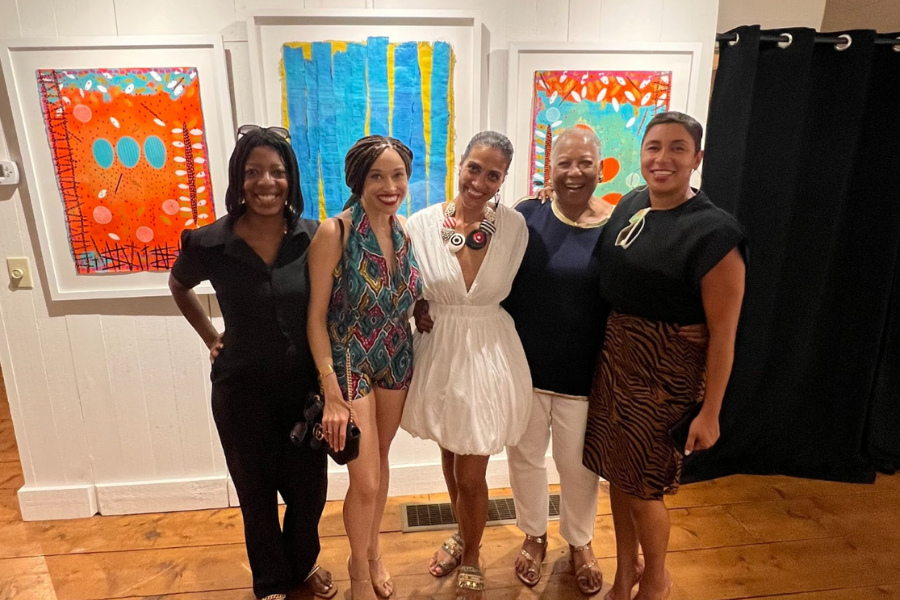 All of this was beyond good for my soul. I love beaches. My family took trips to Gulf Shores and Fort Morgan in Alabama, as well as Destin, Florida. One summer we even took our RV all the way to the New Hampshire coast to visit Estelle, my mom’s longtime pen pal. But this was the first time that I had even been around so many people who looked like me in a beach city having fun. Just seeing families sharing the excitement of a fireworks show together was full of joy. I treasured simply being a space where I could be myself.

I made lots of memories — and did more than a little shopping — while I was on the Vineyard. Getting all those memories and treasures home, however, was anything but easy.

On my departure day, I was slated to fly out from the island at 9:30 a.m. My friends had warned me to get to the airport early because of the line to check bags. I took that advice to heart. But it didn’t matter. My flight was canceled because the pilot had Covid. And all the other flights off the island that day were full. 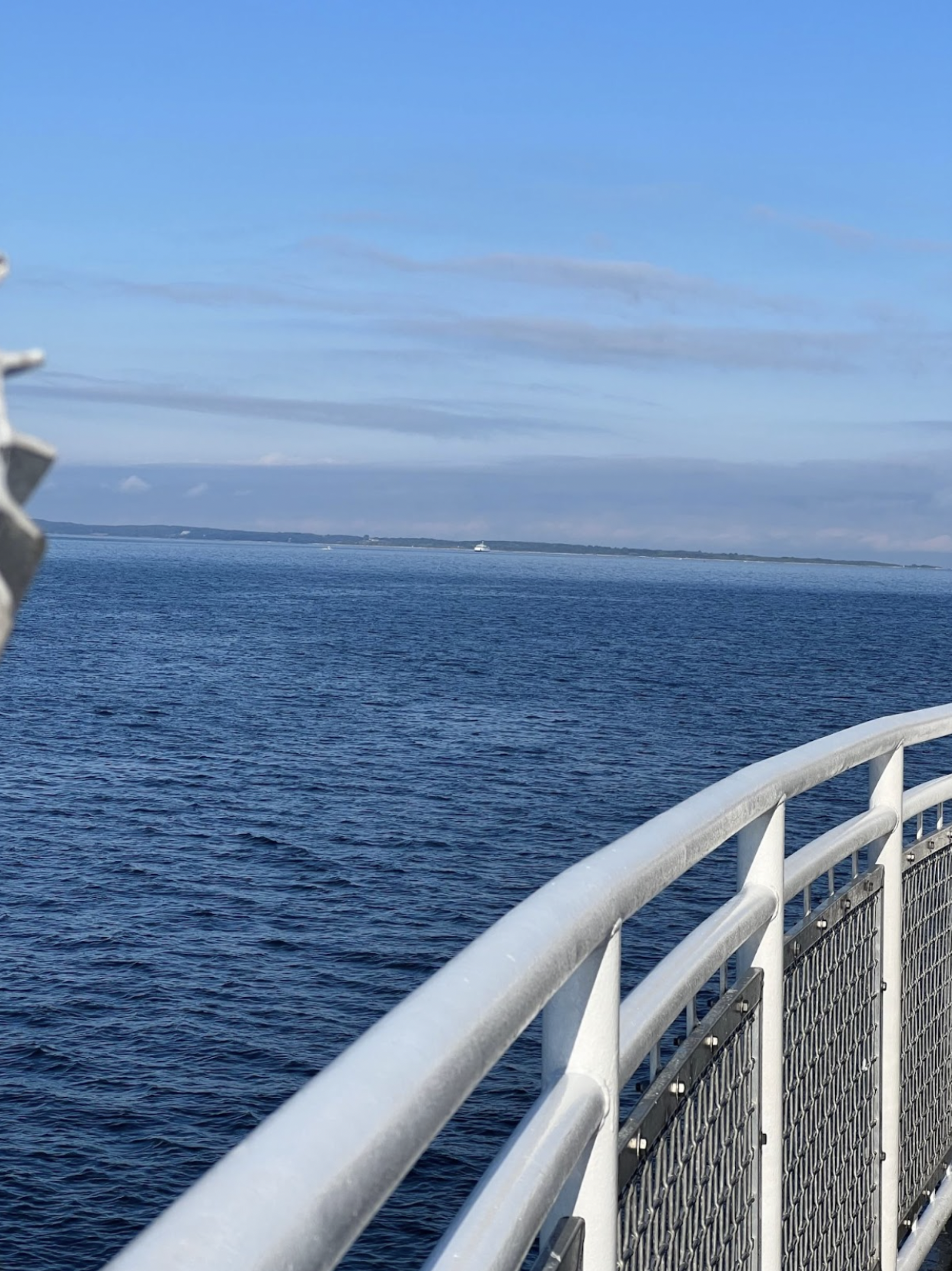 So I activated Plan B: Take a ferry to the other side of the island, and then an Uber or bus to Boston. The ferry ride brought me some much-needed peace. It reminded me of a line in one of my talks about how you have to slow down sometimes to get to where you want to go because life is moving so fast. Gazing out at the clouds and the water was just what I needed. I felt like that delay meant to be because it gave me that pause.

That sense of peace was short-lived, though. When I got off the ferry and asked how to catch an Uber, I got quite a surprise. There wasn’t going to be an Uber to catch. Because of a 10K race, roads were closed. Others warned me I was absolutely not going to make my flight out of Boston.

But I believe there’s always a way. Unfortunately, that way involved hauling my luggage about a mile and a half uphill to an area where the roads were open and I could get a cab. I called the cab, but they told me they couldn’t get to me because of the traffic. 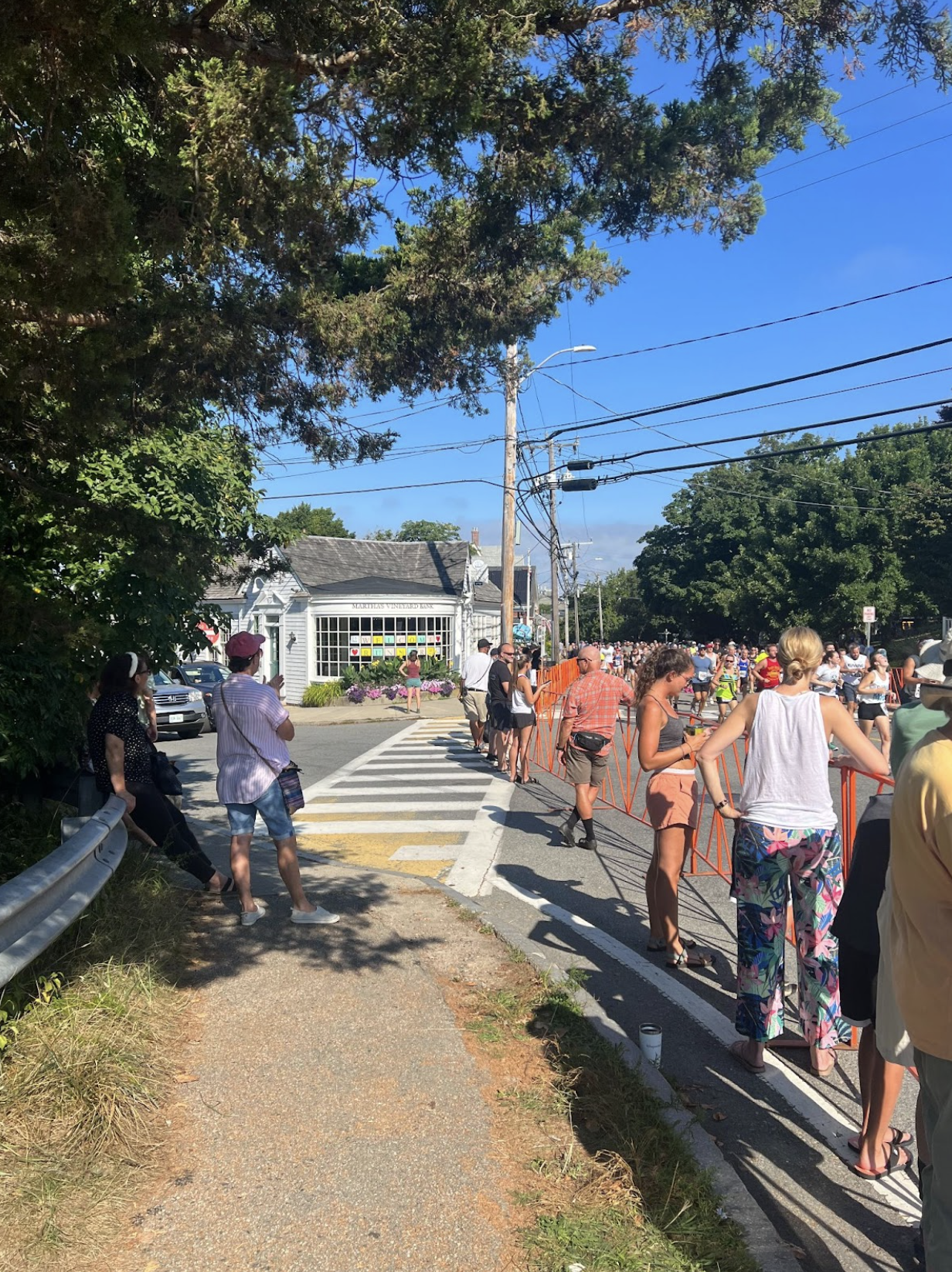 I may have been just the slightest bit freaked out at this point. I was definitely sweating in my white button-down and pink and green cashmere sweater. But I had to keep moving. Along the way, I met a kind young couple who agreed to let me hitch a ride with them to a golf course where I’d been told I could call a cab. (I’m not inexperienced as a hitchhiker. Once I hitched from Kentucky to Detroit. But that’s a whole other story.) 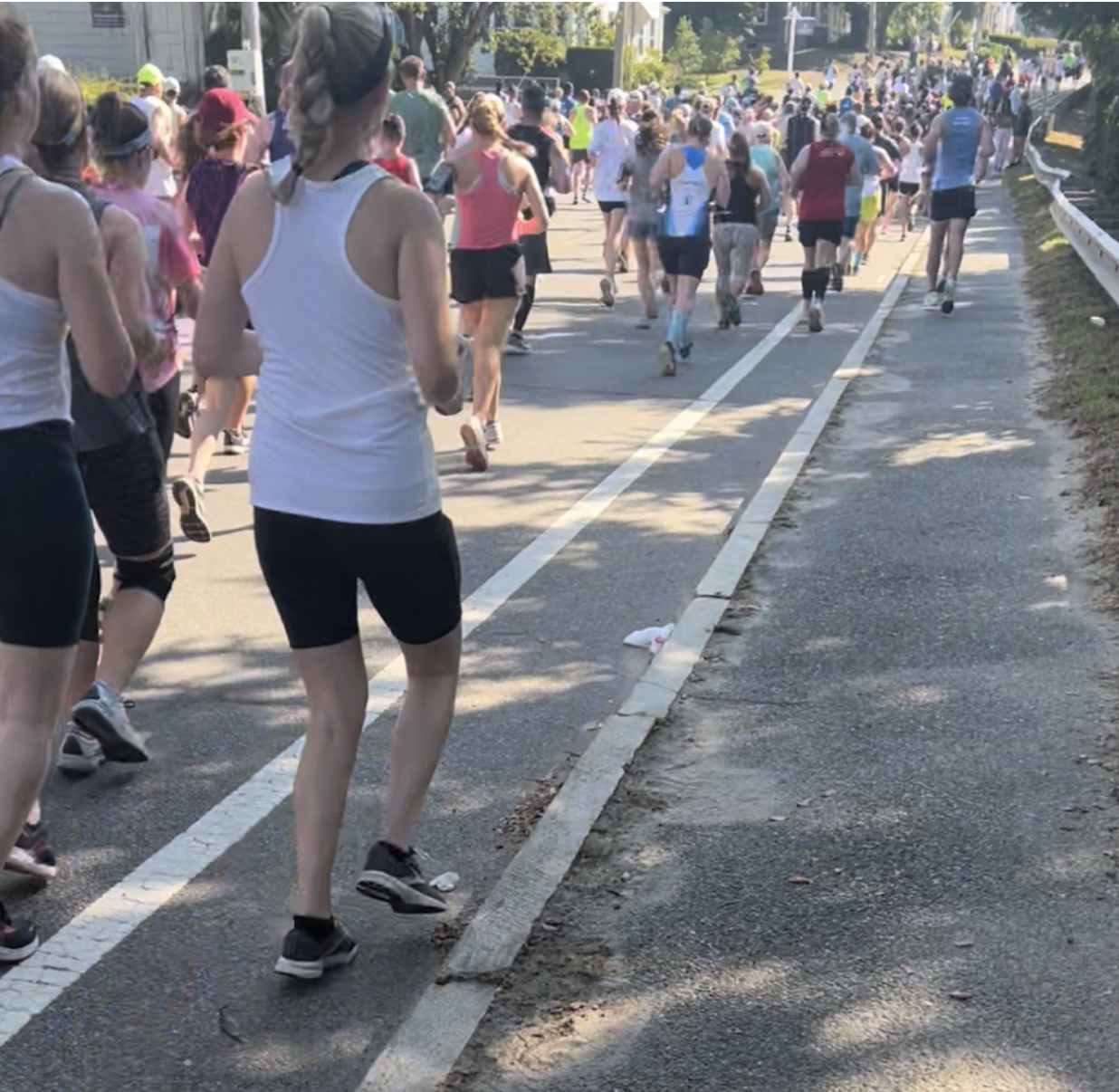 When we got to the couple’s truck, it was parked right next to the bus that goes to Boston Logan airport. The driver, Henry, told me to hop onboard and we’d figure out the ticket later. He didn’t want to leave anyone behind. I was starting to feel like maybe things were going to be okay. I gave the couple my card and a LumenKind mini pack to thank them for caring enough to try to help. They really didn’t have room for me and my luggage in their truck, but, like me, they had been ready to find a way.

The Space for Joy

Henry and I couldn’t get moving immediately. First, we had to wait for the roads to open. Then we sat in traffic. We picked up the riders from the 9 a.m. ferry, who were not in a good mood. Another stop. Then another. 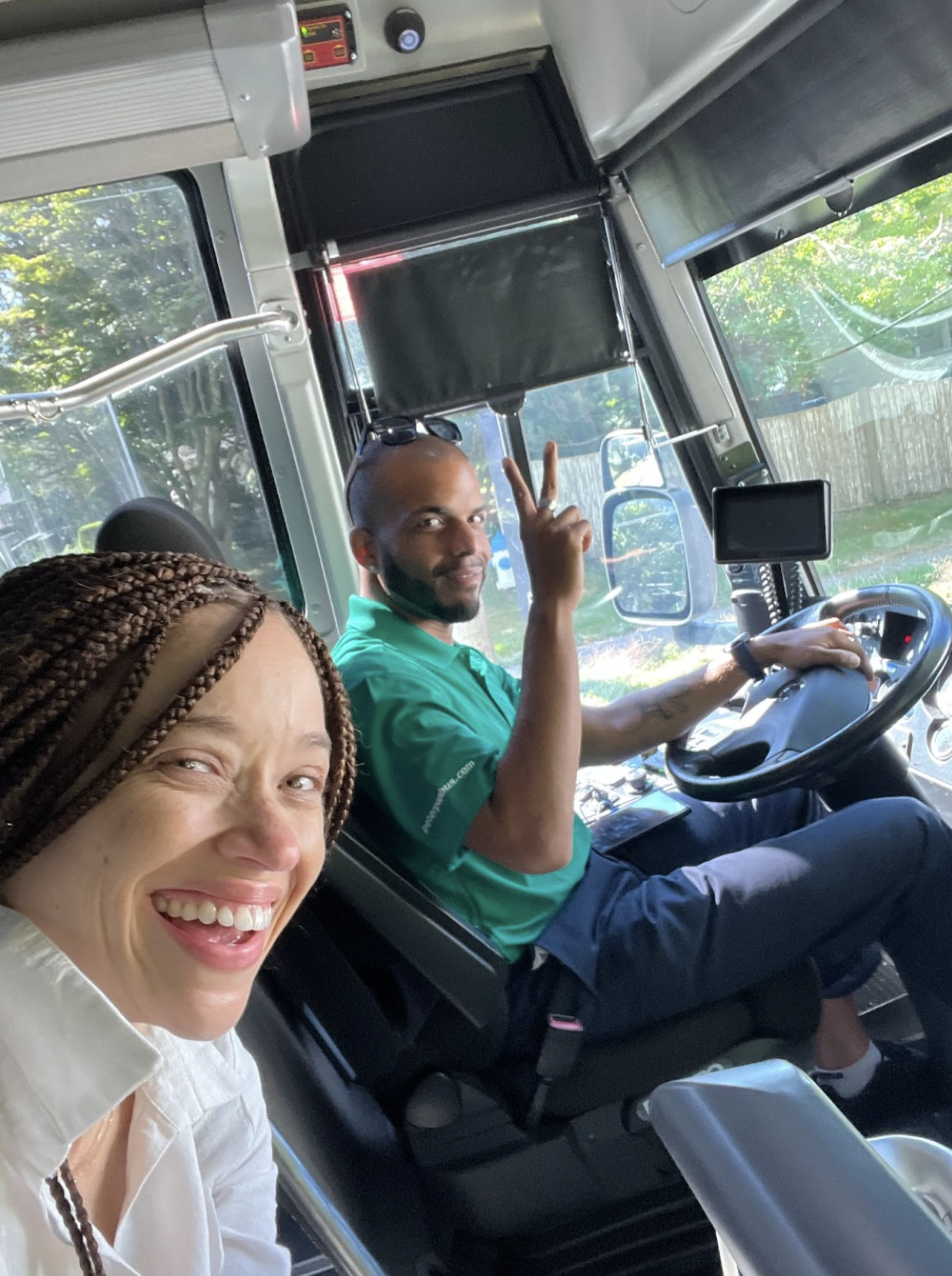 I began to realize that there was no way I was going to make my flight, and I was close to tears. I just wanted to get home. But then I was able to tap back into that sense of peace I had felt on the ferry. I could either let the day be a disaster, or I could use it for a Great Me-Set. So I rebooked my flight for that evening. I was done rushing for a while! I used my hotel points to book a room and Boston. I bought a day pass for a rooftop pool with a view of the city. Being in the water renewed my energy.

I also went shopping (again), treating myself to a pair of earrings I had wanted for a while, and to a delightful conversation with the saleswoman. When I went to lunch, I told my waiter I was on a tight time table and asked him to choose my entrée and wine. He picked a wine I would not have chosen – but that I ended up loving. For me, that really symbolizes the whole journey of the (very!) long and winding road to get from the Vineyard to Boston. The experience drove home to me that even when things are frustrating, we can find space just to be. And, very often, joy will fill that space. 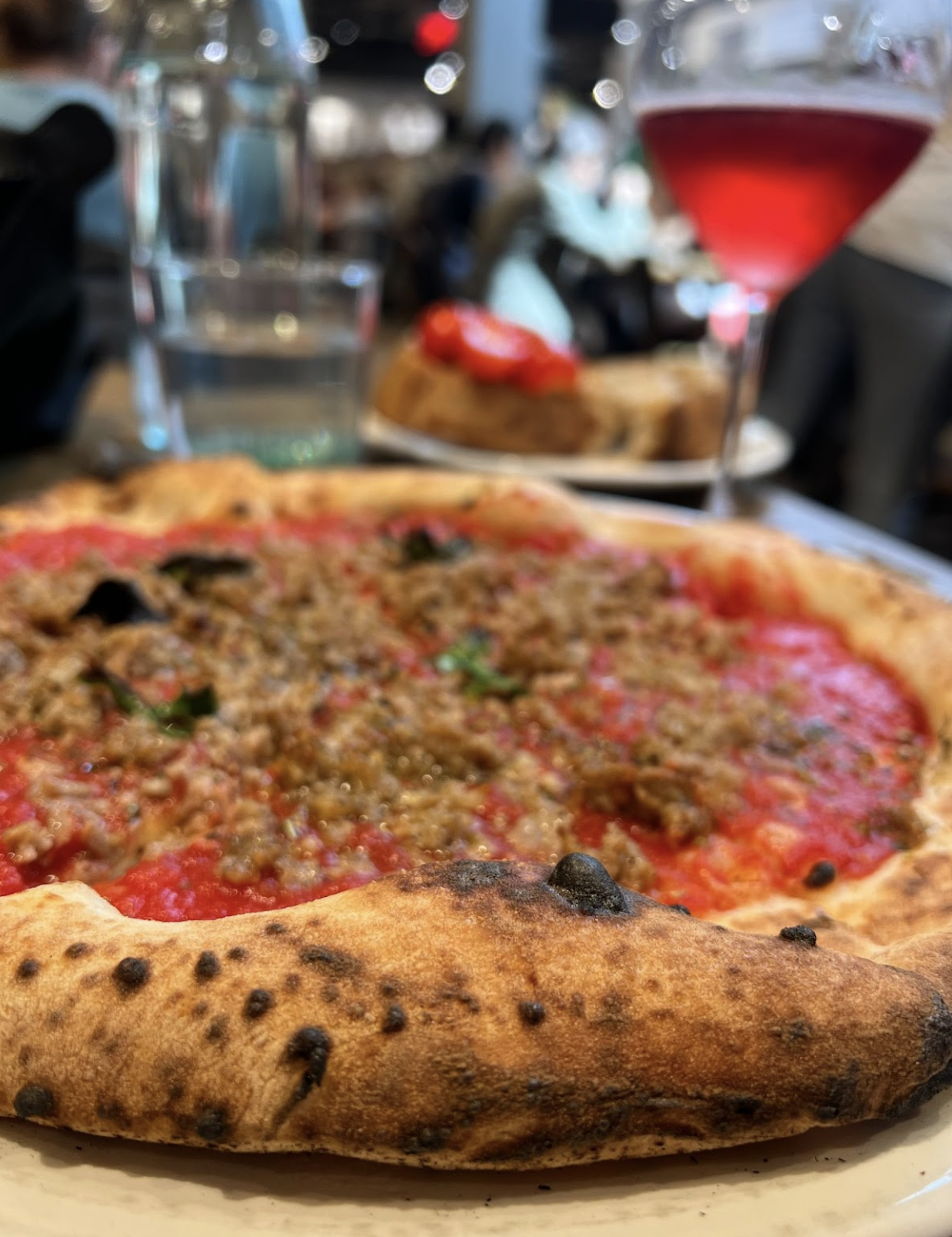 The lessons of that journey were driven home when I was finally back in Austin. I stopped by my favorite Starbucks. And, right away, I noticed two things. First, my favorite barista was not there. Second, there was a display of flowers. I knew in my gut what had happened, but another staff member confirmed that my favorite barista had passed while I was gone.

I got my order, went back to my car and cried. I thought about how this barista always greeted me with a smile and I asked where I was off to next. How could she be gone so quickly?

In her honor, I rededicate myself to being present. To go to the beach. To ooh and ahh and fireworks. To hear and be heard by friends. To be moved by art. To look for opportunities even when I am tired and frustrated.

Life is fleeting, #Firestarters. What moments will you seize today?