Are We Are All Complicit in Perpetuating Racial Violence? 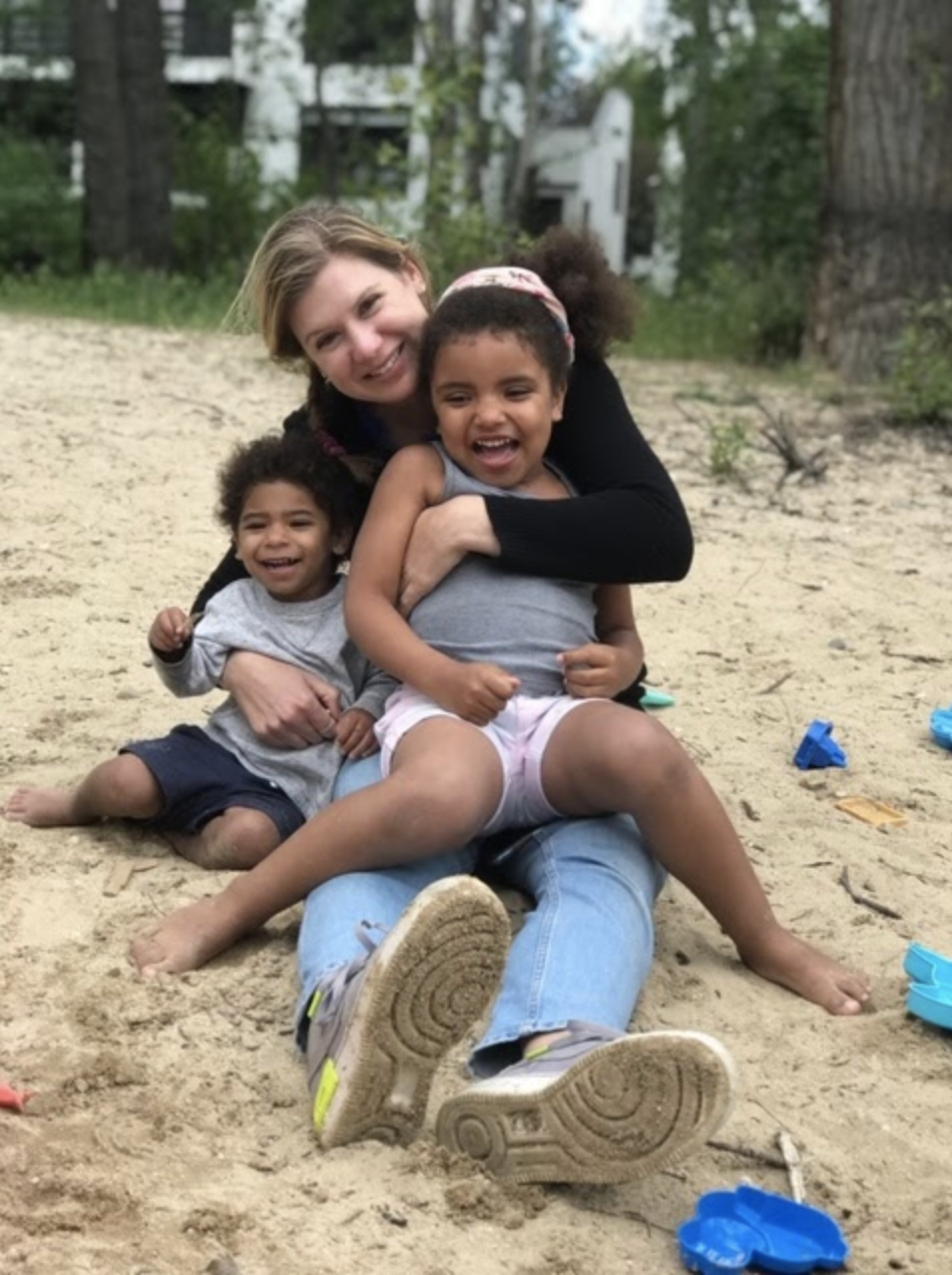 Amanda Moore and her children

My kids are mixed race, yet people always see them first and foremost as black. A woman in a Target parking lot told me it was great that I adopted a black child, refusing to entertain the possibility that my daughter is biologically mine. A woman at a church asked me where I “got” my daughter, as if I had purchased her somewhere. A doctor’s office in Texas refused to list both my children’s races, insisting they could identify only as black, in language reminiscent of the one drop rule. In Montana, a group of middle-aged white men referred to my kids as “niggers.”

These are the micro- and macro- aggressions we have experienced in just their first few years of life, and they speak to the profound and pernicious racism in our society. What does the future hold for them? How will these comments influence their identity and self-perception once they are old enough to understand and internalize them? As current events show us, it is profoundly dangerous to be black in America.

On one hand, it has been heartening to see so many social media posts expressing outrage against the murder of George Floyd. It is important that we all step up as allies for our black family members, friends, neighbors, and fellow community members.

Allies in Deeds Not Words

On the other hand, I feel angry about these expressions of moral indignation and outrage. It takes a few seconds to post on social media. But our morally righteous posts won’t do a damn thing other than make us feel less complicit in this racial violence. And the truth is that many of us unintentionally help perpetuate structural and institutional racism. Before we post, we need to think about whether we are truly allies in deed as in words. To be clear, I am not saying don’t post. We cannot stay silent. But I am asking us all to think deeply about whether and how our convictions about racial justice manifest in our lives.

Let’s first consider this problem through the lens of school funding. How have you voted in local and school board elections? Have you voted and/or advocated for school funding to remain local? That’s a problem. But it’s also a problem if we haven’t voted, or if we’ve said and done nothing to ensure more equitable funding.

Right now, school district boundaries are drawn arbitrarily. A lot of school funding comes largely from local property taxes. As a result, schools in the wealthiest counties spend an average of $25,000 per student versus just $750 per student in the lowest-income school districts. This disparity is appalling. And yet school funding debates garner some of the fiercest debates, with affluent districts fighting tooth and nail to keep their funding local rather than putting into a larger pool that would result in more equitable distribution and go a long way toward improving outcomes for lower income students. Without better funding, students do not have access to critical services, including early childhood education, talent retention for high-quality teachers, access to technology and school materials, and more.

Have you noticed how green spaces and parks are concentrated in affluent areas? This is also a problem. Think about the messages we receive about our self-worth and the perceived worth of our community by how much (or little) is invested in them.  A neighborhood with nice, clean surfaces, safe places to walk and exercise, has clearly been considered worthy of investment.. Consider a neighborhood with dirty or unsafe parks, with homeless encampments, and a scarcity of places to play and exercise. What does that say about the perceived value of that neighborhood and its residents? How, in turn, does that shape the self-perception of people who live there, and the perception of those people by outsiders?

What about the arts? Do you support works of art (literature, music, theater, etc.) by black artists and performers? Do you express your anger at the lack of diversity in film and other mediums? Have you supported works of art that have portrayed stereotypes of other races? Are you comfortable with most Disney princesses being white?

My kids and I love the movie Frozen. A few weeks ago, Nia told me she wanted Elsa’s hair and that she didn’t like her thick, curly hair. “Momma,” she said, “why can’t I have hair like yours?” That night, I combed through magazines looking for pictures of black models that were not overly sexualized or exoticized. It was hard. I finally found a few images, and the next day, Nia and I looked at them together. Her opinion is changing, and I love hearing her say, “Momma, my hair is beautiful, isn’t it?” I think this will be a long-term struggle for us.

It’s a problem when black girls and boys don’t see themselves represented on screen, when beauty ideals remain dominated by whiteness. It’s also a problem for those of us who aren’t black (or Latinx, Indian, etc.) because this lack of representation and diversity contributes to our implicit bias.

Sadly, I could share so many more examples of the inequalities that persist in our society (the school-to-prison pipeline, lack of affordable healthcare, criminal justice policies, healthcare disparities, etc.), but I think you get the point. These racial disparities and inequalities are root causes of violence against black bodies. They are the reason why our president is getting away with blaming the victims of racial violence, why he can threaten with impunity the people in Minneapolis who are angry and protesting George Floyd’s murder. They are the reason why we will continue to bear witness to the deaths of more black men and women at the hands of police, white supremacists, and domestic terrorists.

I’m asking you to think critically about this for my kids and for every single black child and person who has to fear for their life and safety as they go about their daily lives. Beyond posting, what are we going to do to influence public policy in a different direction?

Connect the dots and draw the lines, between your voice, your vote, your actions, and what is going on in America today.